Examining our discomfort around children, sexuality and abuse

Lena Dunham has been a hot topic of discussion lately, but the most recent conversation isn’t a good one… or is it?

From a passage in her new book, some people are concluding that Dunham, at age seven, sexually abused her younger sister. People seem to be falling into one of two schools of thought: Dunham is a sexual abuser, or accusing a seven-year-old girl of sexual abuse is idiotic.

Dunham’s sister said, in a tweet, she is “committed to people narrating their own experiences, determining for themselves what has and has not been harmful.” She also asked people to "think about how we police the sexualities of young women, queer, and trans people.”

So let’s think about it. Over the past few years, we’ve discussed healthy sexuality during sexual assault awareness month and focused specifically on children in 2013. This focus included using real words and talking often with children about their developing bodies. Children certainly have questions, but they’re much more likely to simply act on their curiosity rather than ask an adult.

Of course, that’s not to say children, in their desire to understand their body, don’t overstep boundaries (children overstep boundaries all the time – it’s what they do). I don’t mean boundaries of decency, I mean inserting objects into another child’s vagina, exploring the body of a much younger (or older) child or coercing another child to do something he or she might find unpleasant.

Sexual behavior problems are not limited to any particular group of children – it can happen within any socioeconomic level, culture, living circumstance and family structure. Abuse can be the cause, but it can be as simple as inadequate boundaries at home about privacy or modesty. Regardless of circumstance, children with sexual behavior problems are all children first and can learn to demonstrate healthy boundaries and behaviors.

Dunham, who has described several of her own experiences that could be considered abusive, has made a career of her ability to be shocking and edgy, and now she has written about how she explored her body and that of her younger sister’s over 20 years ago. Even if she weren’t a self-proclaimed “unreliable narrator,” even if trauma didn’t muddle memory, it is difficult to know how to interpret her stories of shocking behavior during childhood.

Which leads me to ask, are people outraged by what she did, that she is talking about it openly or by the way she wrote about it?

Category:
In the News
Sexual Assault on Campus 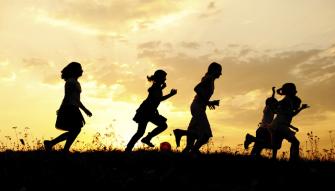