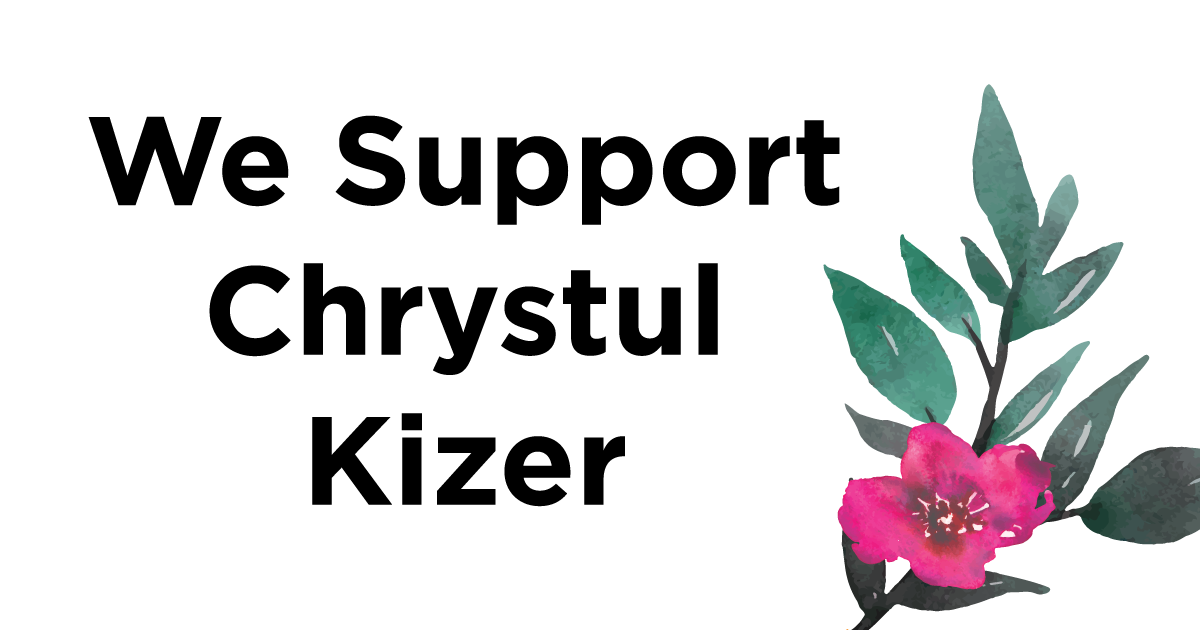 Chrystul Kizer is a Black 19-year-old survivor of childhood sexual abuse and assault who was released on bond last week after having been jailed for two years awaiting trial for killing the person who trafficked her for commercial sexual exploitation. Chrystul is a sex trafficking survivor whose self-defense and survival was criminalized.

Chrystul is not alone in facing the criminalization of survival. Black women and girls who experience sexual and domestic violence and other forms of abuse are at greater risk for incarceration due to racism, sexism, and other forms of oppression.

At a time when our nation is coming to terms with its long history of systemic racism and injustice, it is urgent that we recognize how systems of incarceration and police violence harm Black women and girls. For decades, women of color, their communities, and researchers have pointed out that “violence perpetrated against women and girls increases their risk of arrest and incarceration through the intersections of interpersonal and structural violence.”

The vast majority of incarcerated women and girls have been victims of domestic violence, rape, sexual assault, and child abuse.

Research also shows that “abused girls of color who are victims of abuse are more likely to be processed by the criminal justice system and labeled as offenders than white girls. White girls who are abused have a better chance of being treated as victims and referred to child welfare and mental health systems.” The adultification of Black girls, who are viewed as less innocent and worthy of support than their white peers, is another way self-defense is criminalized.

We uplift the voices of our partners at the North Carolina Coalition Against Sexual Assault in saying “NO ONE should be incarcerated for surviving violence against them.”

As sex trafficking survivor Cyntoia Brown-Long said, “There can be great power in putting a name and a face to injustice. When we hear a person’s story, it becomes that much easier for us to put ourselves in their shoes, to empathize — and to mobilize... For every name we know — for every #freecyntoiabrown campaign — there are countless others who will never be heard.”

NSVRC/PCAR affirm our commitment to stand with and support Black women and girls by using our platform, resources, and voices to take action against injustice and the impact of systemic and structural violence on the most marginalized.

You can support Chrystul and her family here, and learn more about the effort to #FreeChrystul and create a national bail fund for criminalized survivors of domestic and sexual violence here.

We must also continue to #SayHerName and speak out about the intersection of police violence, incarceration, and sexual violence experienced by Black women and girls. This includes centering Black trans women, who are most often targeted in the ongoing epidemic of anti-transgender violence and murder in the U.S, which is just one example of the violence against trans women of color happening worldwide.

Although our organization and movement have expressed a commitment to racial justice, anti-racism, and intersectionality, we have not fully put our values into practice by using our power and privilege to take action. As a mainstream organization, it is our responsibility to take action to support the needs of Black survivors and follow the call to action of local and national leaders working for racial justice.

We want to acknowledge these shortcomings and the reality that they have contributed to the oppression of Black women and girls. We are trying to do better for survivors like Chrystul by listening, learning, and taking action. We humbly seek to do better in taking leadership from national and local partners at communities of color sexual assault organizations and culturally specific organizations. This requires us to continually take accountability for the ways we have contributed and continue to contribute to the inequality and racism experienced by Black, brown, and Indigenous communities and women and girls of color.

Support Chrystul and her family: https://www.facebook.com/freechrystul/?__tn__=%2CdK*F-R&eid=ARBjAeNpWSIMk6uY2zDHlZ0roiafdD_4IvWq2zIJAZcHarc2egI2WI1VV-gkZluXRLxf1iJzSbR2gSrN

Learn more about the effort to #FreeChrystul and create a national bail fund for criminalized survivors of domestic and sexual violence: https://survivedandpunished.org/2020/06/23/chrystul-kizer-has-been-released/