HARRISBURG— The leaders of the Pennsylvania Coalition Against Rape and the Pennsylvania Coalition Against Domestic Violence today implored the General Assembly and Gov. Tom Wolf to  resolve their differences over the nearly $ 2 billion structural deficit in the state budget before the June 30 deadline without abandoning the citizens of the commonwealth who have been raped, beaten, stalked, manipulated and abused.

They warned that services to victims of rape and domestic violence and vulnerable people served by multitudes of human services agencies in communities across the Commonwealth face a very real risk of closure if the House, Senate and governor’s office cannot reach an agreement.

Domestic violence, rape crisis programs and the array of community human services in Pennsylvania that victims rely on to put their lives back together have not recovered from the six months they operated without state or federal funds during the negotiating deadlock over the fiscal 2015-2016 budget, they said.

“We cannot endure another budget impasse,” Delilah Rumburg, CEO of the Pennsylvania Coalition Against Rape (PCAR.) said. “Unfilled positions remain empty. Programs are struggling to repay thousands of dollars in interest on the lines of credit they were forced to access.”

“While our funding streams may not be mandated entitlement programs, they are no less essential services for individuals and families in crisis,” said Peg Dierkers, executive director of the Pennsylvania Coalition Against Domestic Violence. “The payments we were owed have just been deposited and human services, once again, are in the crosshairs of budget politics. There is no respite.”

Tens of thousands of families across the Commonwealth face unimaginable crises each year when a loved one is raped, beaten, stalked or otherwise terrorized – most often by someone they know and trust. The 50 rape crisis centers and 60 domestic violence programs that serve all 67 counties in Pennsylvania are there, 24/7, to assist victims and their families to access safety, medical care, counseling and options to pursue justice.

If lawmakers cannot agree to raise sustainable revenue to fill the gap between income and expenses that has been growing for many years, human service programs will likely be zeroed out, including rape crisis and domestic violence victim services.

“It is unfathomable,” said Rumburg. “We need our leaders to come together and resolve the Commonwealth's financial crisis. Every day that this continues hurts people; our neighbors and our families.”

Dierkers agreed, “For more than 40 years, our agencies have provided emergency, life-saving services to Pennsylvanians. After all of the progress that has been made – ending child sexual abuse, domestic violence and rape are national priorities in the news daily – it is outrageous to think we could be defunded.”

About the Pennsylvania Coalition Against Rape:
Founded in 1975, PCAR works to end sexual violence and advocates for the rights and needs of sexual assault victims. PCAR partners with a network of rape crisis programs to bring help, hope and healing around issues of sexual violence to the commonwealth of Pennsylvania. For more information, visit www.pcar.org or www.pasaysnomore.com or follow PCAR on Twitter at @pcarorg and on Facebook at https://www.facebook.com/PCARORG/?ref=hl 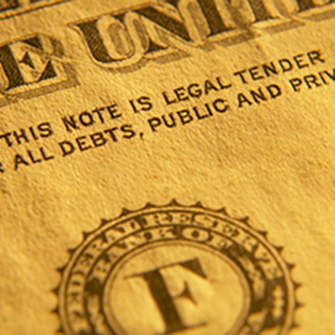