HARRISBURG – The Pennsylvania Coalition Against Rape (PCAR) today released the results of a second state-wide poll in partnership with Susquehanna Polling & Research, Inc. which illustrated overwhelming support for a retroactive window to justice for adult survivors of childhood sexual abuse who have timed out of the legal system.

Note: You can watch the full press event here

The Pennsylvania Coalition Against Rape (PCAR) has been working with advocates for adult survivors of child sexual abuse since the first Pennsylvania grand jury report in 2003 to seek justice for survivors who face barriers to justice.  Unfortunately, too much time passed from when many adult survivors experienced child sex abuse and now face a legal barrier to seek justice due to the expiration of the statute of limitations in their case.  Advocates continue to call for the passage of House Bill 951 as a legislative solution to allow adult survivors a path to justice in civil suits after an error by the Pennsylvania Department of State derailed a referendum to voters in 2021’s election cycle.

This legislative strategy will give survivors a one-time window of two years to sue their abusers in a civil court.  This allows adult survivors a path to justice in seeing their abusers held accountable and also give communities an opportunity to be informed of abusers that have been living in anonymity for decades.

PCAR engaged with Susquehanna Polling in late February of this year for a random sampling of Pennsylvania voter’s awareness of the current limitation for adult survivors to sue their abusers and gauge public support for allowing a two-year window to do so.

Most importantly, the statewide poll found an overwhelming amount of support among Pennsylvania voters (80 percent) that adult survivors of child sexual abuse should have a two-year window to sue their abusers in a civil court.  This is consistent with polling PCAR conducted last year through Susquehanna Polling which found that 82 percent of Pennsylvania voters support adult survivors having a two-year window for justice. 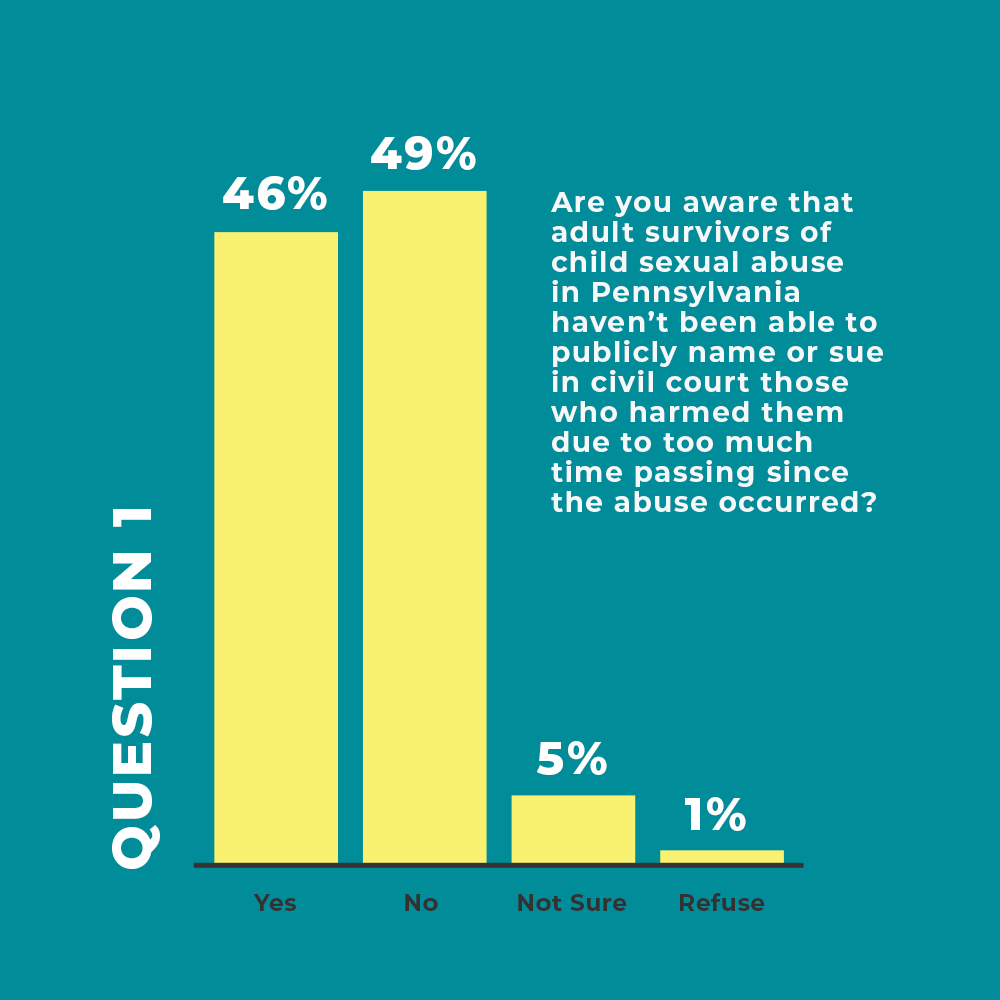 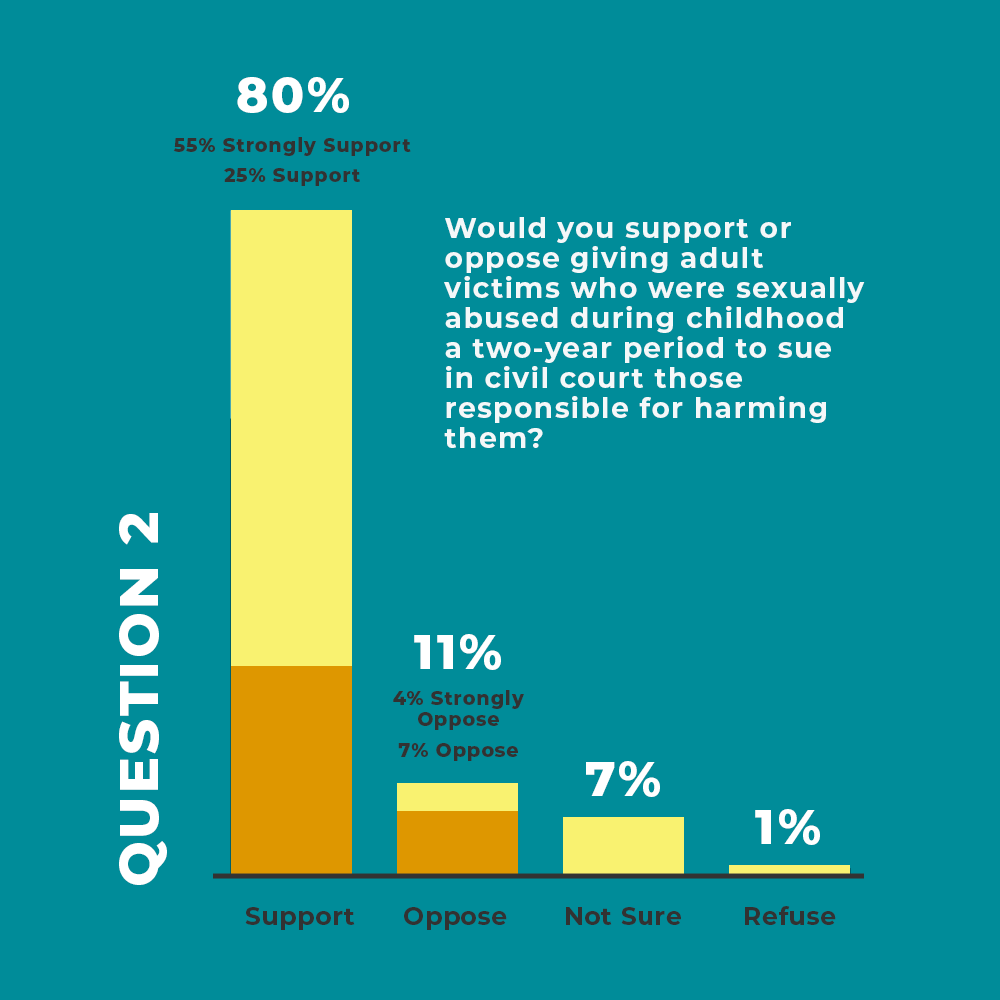 “In our second poll of Pennsylvania voters we are seeing even more clearly the deep-seated support the public has for adult survivors of child sex abuse to be empowered to name their abusers in court to hold them accountable as they seek justice,” PCAR’s Chief Public Affairs Officer, Jim Willshier said.  “Voters support House Bill 951 for the sake of adult survivors wanting their day in court and communities across Pennsylvania that would want to know that abusers may hold positions of power with their children.  We urge the senate to pass this bill now in the strongest possible terms.”

PCAR is working with the General Assembly and other advocates to advance new legislation to give survivors this legal right.  Currently, PCAR’s position is to pursue all options via legislation to amend the Pennsylvania Constitution--either by an emergency constitutional amendment to expedite the process of having a referendum on the ballot; amending the constitution in two consecutive legislative sessions which delays a referendum vote to 2023—or establishing a two-year look-back window statutorily for survivors to seek civil justice.

“We are encouraged to continue hearing strong public support for adult survivors,” PCAR’s Policy Director, Donna Greco, said.  “PCAR continues to hear the urgency surrounding these reforms from survivors and from rape crisis centers throughout the Commonwealth. We continue to work with partners in the legislature to advance legislation that will establish this critical window and finally give survivors the legal right to hold their abusers accountable in court without any further delay.”